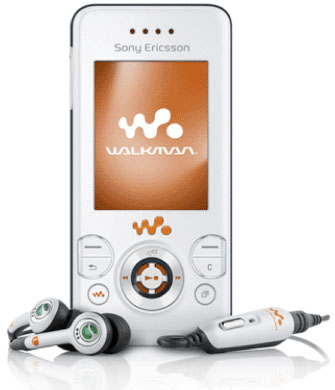 Previously, we saw the first Walkman shake phone made by the Swedish-Japanese handset maker hitting the market of Hong Kong, and now it’s available to mobile users across Canada — or at least access Rogers Wireless‘ coverage area. Don’t expect the fast data transfer speeds, but while it’s limited to EDGE connectivity, with its smooth UI, the Sony Ericsson W580i is one of the best music phones on the market, additionally sporting 2 MP camera, stereo Bluetooth, pedometer (hence the shake function) and Memory Stick Micro expansion slot. All this could be yours for $150 CAD on a three-year contract… Sounds like another reason to “blame Canada.”

With all the "Pink craze" these days, it doesn't surprises that Motorola released RAZR and SLVR in baby pink. But...