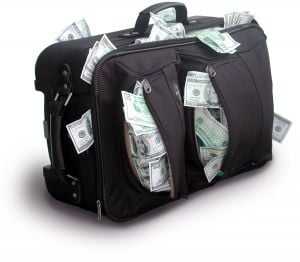 The denial of service attack against Mobile-Review is still taking place several days later after we initially reported the incident. At first Eldar thought it was being staged by iPhone fanatics who got pissed off that he labeled the device as “just another fashion phone,” but now he realizes that isn’t the case. Something bigger is happening and he can use your help in trying to find the source of these attacks. An award of $10,000 will be given to the person or group of people who can track the source of these attacks, more details can be found in the open letter to the community Eldar has asked us to publish after the jump.

We hope our fellow tech bloggers can get behind this, because at the end of the day we are not competitors, but brothers in arms in trying to wade thru the endless amounts of piss poor press releases and products that try to take our hard earned cash.

Over the last few days Mobile-Review.com has been under continuous DDOS attacks coming from unidentified individuals. Several tens of thousands of computers across the globe are supporting the attack – these are “infected” terminals, or, as they call it, bot-nets. Since the first wave, which disabled the site, as all the channels were being jammed, the algorithms of the attack have been altered numerous times from individual computers to the entire subnetwork housing Mobile-Review.com in particular.

The attackers hope that by crushing Mobile-Review.com, they won’t let our visitors get unbiased information on events in the mobile industry, read independent reviews and share their opinions on forums. In light of the fact that similar attacks can be performed by individuals or small groups of people, we regard this incident as an attempt to impose censorship in the Internet. More than 200.000 of our readers from all over the world, visiting Mobile-Review.com every day to find up-to-the-minute information or just talk to other users, have been robbed of this opportunity. These culprits oppose themselves to the society. There is only a small step separating censorship of undesirable resources and articles from an attempt to get hold of mass media, dictating own viewpoints for the sake of personal benefits or political goals. The threat of such scenario can’t be underestimated. Since all tools required for a DDoS-attack are available for free, it can be carried out by individuals favoring some particular brand, or any company having sufficient resources to set an attack going. Regrettably, it is not possible to track attackers in this case, nor can they be proven guilty in a court of law. Earlier this year, in spring, similar attacks were aimed at other resources, specifically, “Echo of Moscow”, site of the Kommersant.

When the first attack was unfolding, the Editor-in-Chief of Mobile-Review.com received an anonymous message on his Internet-pager, which read that fans of Apple were behind the attack, as this was a sort of revenge for the iPhone and the treatment it got over at Mobile-Review.com. Possibly, it is true, however there is a chance that the message was sent in order to put us off the track. It is not a secret that we release “burning”, critical articles that many don’t like. There have been many of these of late – we think of this as our duty to notify the readers and subscribers not only of events and new offerings in the mobile industry, but also of certain facts marring usability of various gadgets, or capable of affecting consumers.

The attack aimed at Mobile-Review.com is unprecedented in scope and persistence. That is why we believe it is essential to attract attention of the community and our readers to the attempt of censoring unwanted points of view. If you don’t express your opinion on what is currently taking place today, tomorrow you will be down to consume only the information someone needs and sees appropriate to offer you. This statement might sound grotesque or made-up, but this is how it stands. Great deeds start with the first step. Today, it is Mobile-Review.com, and our readers, who can’t get to us; tomorrow there will be more targets and so on. Only together can we stop this disaster from spreading further.

We don’t have turnkey solutions that would make the Internet a better place, with readers and resources protected from this type of censorship. We will be more than happy if our colleagues, readers and other users express what they think of this problem – on his/her resource, forum or any other place on the Web they visit. It is worth defending yourself from this kind of censorship in future.

For the time being, the staff of Mobile-Review.com doesn’t have a complete strategy for countering these threats in future. The technical side of our current activities is obvious, and we are doing everything possible to get the site back as soon as possible. We engage the site from time to time, and hope to get over this attack shortly. You can share your personal point of view here – http://eldarmurtazin.livejournal.com/37978.html

Since it is a DDoS-attack and the attackers can’t be tracked online, we offer 10.000 USD (ten thousand USD) to any individual or group of individuals who can provide documented information on the mastermind of this attack. You can send all reports to my email.

The latest Web 2.0 company to jump to the iPhone ride is Netvibes, which just a day or two ago...