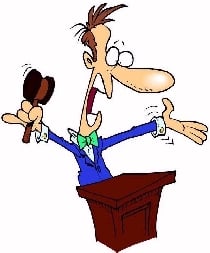 The hottest piece of wireless spectrum real estate is up for auction – and it has the potential to transform the US wireless market. With the 700Mhz frequency’s unequalled ability to penetrate buildings and the possibility of a truly next-gen, high-speed wireless network in the US, it’s not surprising that everyone from Google to Verizon eyeing this prime slice of the frequency pie. Now the FCC has finalized the rules for the upcoming 700Mhz frequency spectrum auction.

The 700Mhz spectrum will be divied up into five blocks (A-E) and will command a reserve price of $10 billion for all licenses combined. Of these blocks, the most sought-after is the C block – the piece of the spectrum that will be required to allow the open-access provisions recently set forth by the FCC. The C block will be sliced up into 12 licenses which will be bundled into three packages – one package will cover all 50 US states, the second will cover US Pacific territories, and the third will cover Puerto Rico and the US Virgin Islands. The entirety of the C block will have a reserve auction price of $4.6 billion.

If you’ll remember, Google pledged a $4.6 billion bid for this particular portion of the 700Mhz spectrum if the FCC approved Google’s four-part open-access proposal. While the FCC didn’t pass all four-parts of the plan, Google may still be in the running for the spectrum – which is considered to be even more valuable due to the less restrictive (or less open, depending on how you look at it) access rules.

If the reserve price is not met for the C block frequencies, the FCC will re-auction it without the open-access requirements. That would be bad for just about all of the US. We’ll keep our fingers crossed for a successful auction of the C block on January 13, 2008.

Everybody wants a piece of the burgeoning mobile video market, and O2 is the newest wireless carrier to jump on...