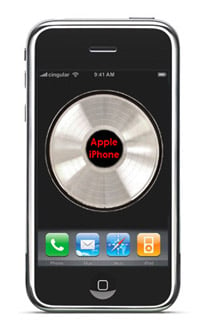 Apple’s done it – they’ve gone Platinum with their #1 single, the Apple iPhone. In the first of what’s likely to be many milestones for the iPhone (and its successors), the iPhone has just hit the one million unit mark. Apple said in a press release that they sold 1 million iPhones just 74 days after their initial launch on June 29. In comparison, “it took almost two years to achieve this milestone with iPod,” said Steve Jobs.

Interestingly, Apple was able to sell one million iPhones before the huge price-drop that is sure to put the iconic device within reach of million more Americans.

Way to go Apple, we’re happy for ya! Now, what about sharing the wealth and getting those $100 credits out to us, eh?