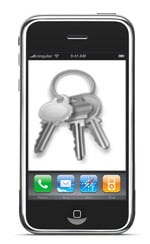 That’s the game, folks! Mere days, nay hours, after the iPhoneSIMfree iPhone unlocking software was made available through resellers worldwide, the iPhone Dev crew has released their own iPhone software unlock solution – for the right old price of FREE! The battle to bring a completely free unlock software to market is now over, with iUnlock clinching the checkered flag – the iPhone Dev Team has brought iPhoneSIMfree to their knees!

This particular software-based SIM unlock solution is a bit more involved than iPhoneSIMfree’s software, but we think the extra effort is worth the $100 that you’ll keep in your wallet.

Roll up your sleeves and prepare yourselves to get down and dirty with the iPhone Dev Team’s unlock hack. You’ll need the iUnlock app, nor, and the .fls file to free your iPhone of AT&T’s evil grip. You can find all the needed components here or here. Find the official unlocking guide here.

HaRRo, of iPhone Dev Team fame, has announced that the more technically challenged iphone users out there can expect a GUI, fully automated version of the iUnlock SIM unlock solution very soon. So, if getting down to the nitty gritty file hacks isn’t your cup of iPhone-hacking-tea, then just keep your pants on, you’ll have a foolproof method in your hands soon enough.

We gotta give it up to the iPhone Dev Team on this one. They really pulled through for the entire community, and with in classy, altruistic fashion. Way to go guys!

Disclaimer: We take no responsibility if you happen to fall into the group of people that brick their iPhones with this hack – it’s possible, so don’t blame us if it happens.

haRRo almost solicited a $42,000 donation from iphoneworldwideunlock.com and has reportedly aligned himself with Aussie iPhone Unlock to distribute the iUnlock GUI application that he allegedly created. Problem is, he didn’t create the software – it was the work of TUAW’s Erica Sadun. haRRo claims he downloaded the source code and rewrote 80% of the application to work with the iUnlock software. Erica is currently testing her application for distribution through Installer.app.Thanks, Jerome!

What do you do when you've completely missed most people's expected launch dates for the new hotness that is the...