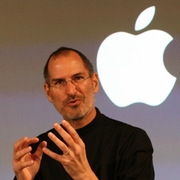 Steve Jobs’ used to have impressive keynotes. I don’t use any Apple products, yet I still downloaded every single talk he gave because there was a lot to learn from him about how he used the English to try and push a product. It used to be we would listen to a speech in anticipation of finding out which one of the thousands of rumours circulating were true, now we listen to his talks with a list of 4 possible things than could happen and when they all end up happening you ask yourself why you even bothered to waste 60 minutes of your life. Apple always had a strict policy to never talk about upcoming products, ever. Today that rule has been broken with these two quotes:

“You can expect a 3G iPhone later next year.”

Granted anyone who follows technology is going “duh,” what about the people who honestly didn’t know these things? Will they not purchase an iPhone and wait?

While this isn't the first shattered glass display that we've seen from the iPhone world, it certainly has the funniest...