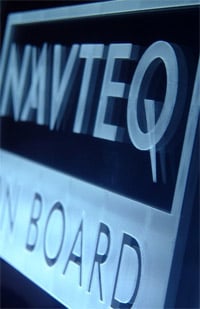 It looks like Nokia’s push to expand their online services is about to get a big boost in the GPS navigation department. Finnish phone manufacturer Nokia has just announced their plans to buy US-based navigation map-maker Navteq for a reported $8.1 billion. The buy-out has been approved by both companies’ board of directors and will have Nokia paying $78 for each share of Navteq stock.

Navteq, founded in 1985, makes and maintains the maps used in GPS positioning systems and web sites. The company said that its map data business would continue to operate independantly and would continue to serve its existing customers as a Nokia Group business. Which is good news, considering Navteq sources maps for GPS nav systems in many cars and stand-alone devices the world over.

Nokia’s President and Chief Executive Olli-Pekka Kallasvuo said “location-based services are one of the cornerstones of Nokia’s Internet services strategy. The acquisition of Navteq is another step toward Nokia becoming a leading player in this space.”

Update: stock prices for both companies fell on news of the buy-out, which is still pending regulatory approval. The drop in share price is probably due to short-term fears of  earnings dilution. Still, the acquisition should help Nokia seriously expand its navigation offerings and help make Nokia a major player in GPS Nav.

Just like we expected, HTC's press event in London today took the official wraps off their HTC Touch Dual (which...