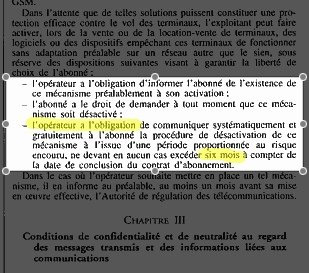 Those wacky French and their crazy consumer protection laws. It turns out that the Orange iPhone may be delayed in the land of crepes and souffles due to regulations related to unlocked mobile phones.

We love poking fun of our mime-loving friends across the pond, but we gotta hand it to them for keeping consumer interests in mind when it comes to the wireless market. For starters, France passed a law in 1998 that requires all wireless carriers to offer mobile phone unlocking services upon request – for a fee in the first six months, and then free after that. A second law also requires wireless carriers to sell locked and unlocked versions of their mobile phones.

Clearly, Apple’s business model is at odds with France’s wireless regulations. Apple does not want any Apple-unlocked iPhones floating around Europe – after all, Apple managed to squeeze ridiculous revenue-sharing deals out of mobile operators vying for a chance to be an exclusive iPhone carrier. But, France doesn’t want any locked-down mobile phones hitting their shores. So, whats’ France’s Orange to do? We’ll just have to wait and see. But it might be safe to say that France may have to wait until at least next year for a shot at the iPhone.

[Via: The Unlock iPhone Blog]

The N81 receives no operator love in the UK, more countries to follow?

The N81 is the flagship device from Nokia that has a built in music and game store, something that upset...