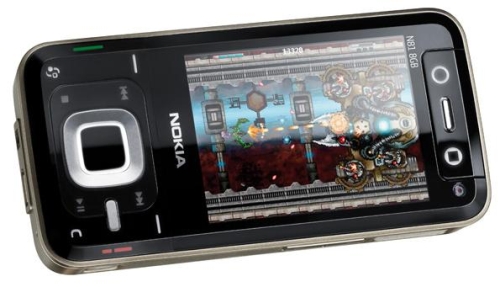 The N81 is the flagship device from Nokia that has a built in music and game store, something that upset quite a few operators (Orange and now T-Mobile) in the UK who already provide their customers with such solutions. They see this as a threat so they’re refusing to sell the deivce (subsidized of course) to their customers. Now I don’t have the figures, maybe Nokia knows something I don’t, but I would imagine operators sales are still a large portion of their business.

This is just the UK, what about the rest of the world? Will Nokia’s attempt at turning operators into bit pipes take off? It is going to be one long and tedious fight, Nokia isn’t the only one in the ring however. When you use a third party internet service aka something that is not offered in your operators walled garden then you make business executives cry.

Their fault for not innovating fast enough I say! With NSN bleeding money, the $8.1 billion purchase of Navteq and now operators lifting their noses in the air and ignoring the Finnish giants products, it should be interesting to see where Nokia’s stock is this time next year.

According to Mobile Review's Forum there is a device in the pipeline called the Nokia N78, it will be a...