UIQ, Sony Ericsson and Motorola held a press conference today, which I had the pleasure of attending, where they announced their new strategy to become an open platform. What exactly does that mean? Anyone can own a piece of UIQ, in fact as of today Sony Ericsson no longer owns 100% of UIQ, but instead they split the company 50/50 with Motorola. Why would they want to do this? To make other companies interested in building devices on top of UIQ less frightened of the fact that the future of the operating system they’re using sits in the hands of one company.

There have been relatively few non Nokia products based on S60, why would a manufacture want to push an operating system that is so heavily influenced by the hand of a major competitor? UIQ on the other hand, after being purchased by Sony Ericsson in February of this year, has been implemented on a Motorola device called the Z8 with more hardware being expected in 2008.

Among the tidbits of information announced at the show was the fact that UIQ is now going to gain a picture and movie editor: 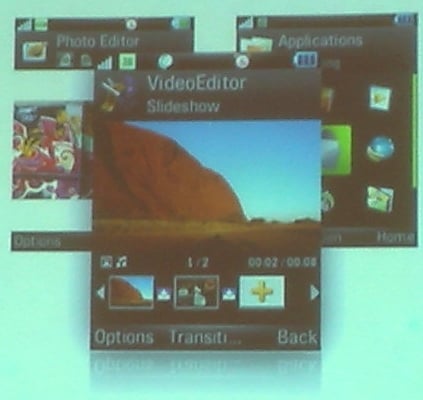 As well as the user interface being extremely customizable. The text is blurry, but in the first picture it says “draw your symbol to unlock,” and in this case it is a heart. The second third and forth images are all showing the same thing, someones contact information, but it shows how versatile and robust the future presentation foundation of UIQ will be in letting phone manufactures present data to the user: 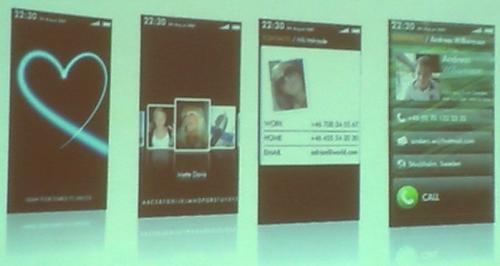 This is a brilliant move and is sure to put some pressure on Nokia to open up their S60 platform as well. I’m hoping Samsung joins this new UIQ foundation because when you have three of the top four companies in mobile phones working together then you are undoubtedly going to plant the seeds for a beautiful flower to blossom that could not have otherwise grown from one entity.

Let innovation cross breed, in the end we win.

Probably the single most popular third-party application that lets users migrate, sync and manage their mobile information from PC --...