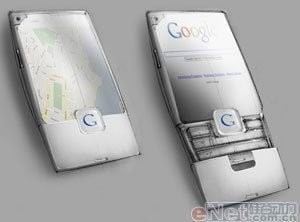 Word on the street has it that Google is set to finally firm up all the rumors surrounding the search giant’s entry into the super-competitive mobile market. According to “sources,” The Wall Street Journal is reporting that Google is planning to officially announce its plans for the wireless industry “within the next two weeks” – which means we’re looking for Google to spill the beans sometime in mid-November.

“In recent months Google has approached several U.S. and foreign handset manufacturers about the idea of building phones tailored to Google software, with Taiwan’s HTC Corp. and South Korea’s LG Electronics Inc. mentioned in the industry as potential contenders. Google is also seeking partnerships with wireless operators.” And, we’re looking for T-Mobile to take the Google Phone live in the US, with Hutchison 3 and Orange picking up the gPhone(s) for the European market.

The Google Phone should bring together the ever popular Google search engine, Google Maps, YouTube, and Gmail services into an open-source OS – unlike the iPhone, which already integrates these functions but limits them to Apple’s control (at least for now). That means development for the Google Phone will be open to the average Joe (as long as Joe knows how to code for a Linux environment).

We can’t wait for HTC and LG to launch their Google-powered smartphones. And, as long as we’re semi-speculating here, we’re hoping for a low-cost GPS phone with huge touchscreens. Fingers crossed….

Footnote: Don’t get worked up over that pic above – it’s a mockup/concept.