With the fall of the Iron Curtain, Russia’s counter to the US’s U-2 spy plane was doomed to live the rest of its days in obscurity. The Myasishchev M-55 spy plane was initially designed as a high-altitude spy plane, but was modified as a scientific research platform – the Myasishchev M-55 Geophysica. Only a handful were produced and most people have probably never heard of the Russian spy plane. 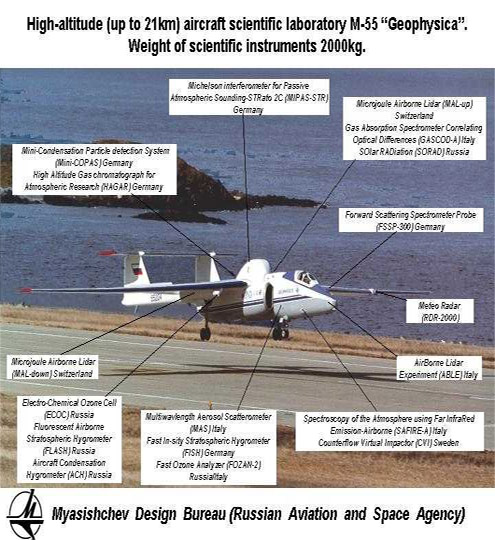 Well, the Myasishchev M-55 Geophysica is about to get a new lease on life. The high-flying plane is perfectly suited to carry telecom equipment and will be used in Malaysia as a mobile cellphone tower, of sorts. The plane’s manufacturer, Myasishchev, has said that the Myasishchev M-55 Geophysica will be re-purposed to bring a range of telecom services to areas of Malaysia with unreliable satellite coverage and in the case of a natural disaster that knocks cell towers offline.

The technology demonstration is slated for a February launch, so we’ll be keeping an eye on the outcome of the trial. It’s a pretty interesting idea – especially as a post-disaster communication platform. Does FEMA have something like this in mind for the US? Given their propensity for bumbling leadership and utter stupidity, our guess would be… no.