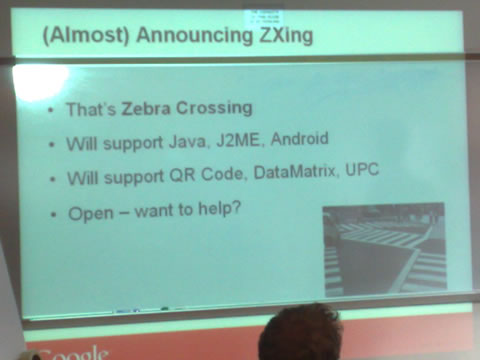 Google will include an application called ZXing (zebra crossing) in an upcoming release of their Android SDK and will also create a separate J2ME verison. If any company can make QR codes popular in America, then this is it. QR codes are little boxes that can store URL’s, text, phone numbers and can be accessed by any camera phone. Example case scenario: You see an ad for a movie in either a magazine or a poster on the wall, you take out your Android equipped device, scan the QR code and now your web browser loads takes you to a website where you can download the trailer.

QR codes took off in Asia, but America and Europe have been lagging behind. Will ZXing be the breakthrough that finally changes the status quo?

I’m going to have to say no, but I really wish it was yes.

Petri-dishes are great for cultivating bacterial communities- they provide all nutrients that appeal to growing colonies of (usually) bacteria. And,...