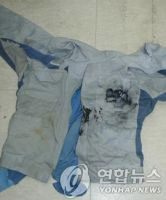 Here’s yet another incident where an exploding mobile phone has caused harm, and even death, to the owner. This time, the victim is a South Korean man working at a quarry. The man, identified only as Suh, was found dead with an exploded and melted cellphone in his shirt pocket – the burn in the shirt is clearly visible in the above image.

Reports indicate that the phone in question was manufactured by LG, a popular South Korean brand, and caused enough damage to directly cause Suh’s death. Kim Hoon, the medical doctor who examined the body, said that “”He sustained an injury that is similar to a burn in the left chest and his ribs and spine were broken. It is presumed that pressure caused by the explosion damaged his heart and lungs, leading to his death.”

An anonymous LG official stated that the cause of the man’s death has not yet been confirmed, and that an exploding mobile phone battery is not possible due to the design of the battery’s casing.