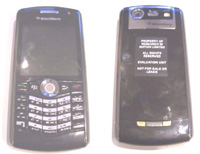 Following on Sprint, Alltel, and Verizon’s WiFi-equipped BlackBerry 8120 Pearl offerings, the GSM variant of the handset is slated to hit T-Mobile’s network this coming February – with a WiFi radio in place of the GPS module in the 8130. We’re looking for a February 18th launch date, to be exact.

For now, T-Mobile will be cleaning out its BlackBerry 8100 Pearl inventory over this holiday shopping season. It makes sense to move out the old stock before the new shipments start to flow free. Unfortunately, that means that there are going to be a lot of disappointed BlackBerry 8100 Pearl owners out there when they find out that their awesome Christmas gift was pretty much outdated before they even unwrapped it. If only they had been up to date on the info that IntoMobile provided on just this matter…