These rumors are made by Mobile Review moderator Badger who has a consistent track record of having high quality sources. No pictures have leaked yet, but we’re waiting. In other news he says the E65 successor is called the E66, has the same specs (GPS, HSDPA, 3.2 MP) and is apparently “ugly.” We’ll have to wait and see for ourselves, taste is highly subjective.

CES is coming up in less than a week, but don’t look forward to any groundbreaking mobile news there; Mobile World Congress in February is where you’re going to see the mobile motherload of news mutilate our minds and RSS readers around the world.

Update:  If the E71 is shrunk down to scale, then this is how big it would look like compared to the E61i. Photo is obviously a photoshop from Mobile Review user AvWijk: 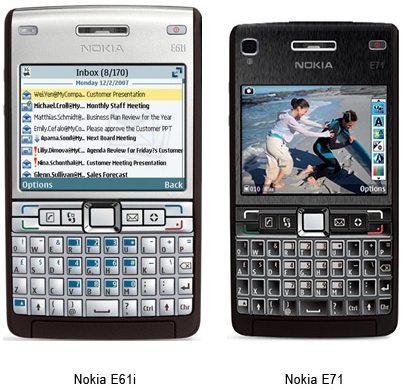 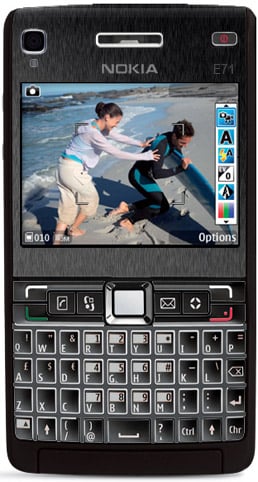 Ok so the press release is from the 19th of December, but it is going to be at least 2...