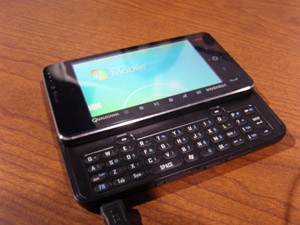 The embattled chipmaker is making a huge push toward next-generation mobile devices. Their most promising offering, Snapdragon, made an appearance at CES 2008 Las Vegas. Stefan mentioned the multi-core, multi-featured processor family a little while ago, and it looks like Qualcomm is showing off it’s charm with a new reference design prototype.

Qualcomm’s “Fairbanks” design is a GPS-equipped handset with a 3 megapixel shooter, microSD card, TV tuner, and a Windows CE OS. The “Anchorage” device is a QWERTY slider with an amazing 1Ghz CPU and connectivity options out the wazoo. Did you read that? It’s powered by a 1Ghz processor! We don’t know what that means for this device’s production-hopes, but with that much power under the hood, we’d happily eat Ramen noodles for a month in order to buy one of those.

Bring it on, Qualcomm!

Hit the link for another pic of the Qualcomm Anchorage. 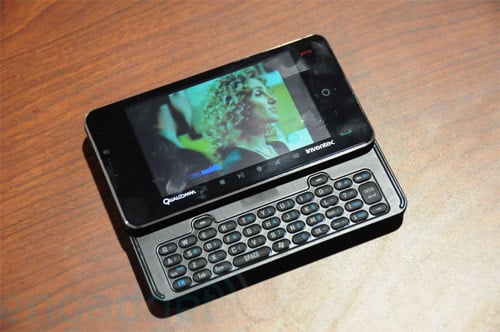 While Palm is working hard to keep their next Centro under wraps, a little-known accessory vendor at CES 2008 Las...