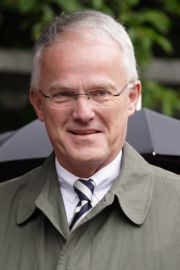 On Tuesday we told you that Nokia was going to close their plant in Germany due to rising labor costs, well today Juergen Ruettgers, the governor of North Rhine-Westphalia state, where Nokia’s factory is located had a few words to say:

“I am very angry, above all about the way this happened.”

“So far, there is no comprehensible reason why this decision was made.”

“We are not simply going to accept this _ this is not yet the end of the debate.”

“Nokia must think over what it has done here.”

“The German market for cell phones is one of the biggest in the world.”

The harsh words were not the only blow to Nokia, State Economy Minister Christa Thoben is demanding Nokia pay back the 17 million euros worth of subsidies given to open the plant in the first place. Will Finland appease Germany?

Our Canadian readers who love Nokia smartphones will be pleased to know that the Nokia N95 may be coming to...