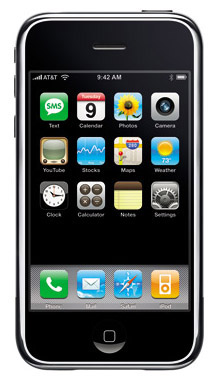 With Apple already having penetrated the European market in Germany, France, and the UK, it makes sense that Apple start casting a wider iPhone-net in Europe. And, it seems that Apple may just be in talks with a few more potential iPhone-partners.

Spain’s El Periodico has announced that the country’s Telefonica wireless network has been tapped by His Jobness to bring the iPhone to the country of tapas and high-quality leather. The new iPhone partnership is rumored to be announced at Mobile World Congress in Spain later this month.

Macity also chimed in on the issue and speculates that Apple has already decided to bring the iPhone to Italy’s Telecom Italia Mobile. It seems that the newest iPhone firmware has a telling piece of code embedded within – the firmware has revealed carrier bundle titled “TIM_Italy.bundle.”

And, lastly, the iPhone could make its way to Switzerland’s Swisscom. Le Temps reports that internal sources have confirmed Apple’s intention to go with Swisscom as the Swiss iPhone carrier.

We’ll likely know more at the end-all-be-all of mobile conventions in a coupe weeks. Stay tuned!

Even iPhone has its role in the Britney Spears saga

With all the media attention Britney Spears is getting these days, something like this simply waited to happen... Few nights...