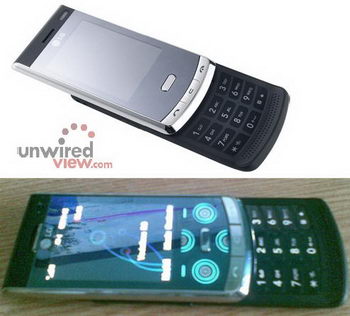 LG keeps pushing new devices to expand its market share. But it’s not just low-end market LG is targeting anymore. On the contrary, following their successes with the Viewty and Prada phone, the Korean handset maker saw its chance in the fashion phone niche. If that’s a niche at all…

Anyway, LG is reportedly working to introduce new members to its KF family of devices. Earlier we saw the KF510 and KF700, and hopefully soon enough, we’ll see them introducing the KF750, KF240 and the KF300.

The first model (pictured above) should reportedly come with the 5 megapixel camera, VGA camera for video calls, 160 MB of internal memory and of course the microSD memory slot. Interesting enough, the KF750 already started selling on a Romanian auction site, so it’s kinda fair to argue we’ll see it introduced sooner rather than later.

As for the LG KF240, that one may be officially announced this week. It’s a stylish music phone with a 2 megapixel camera and at least initially, LG will sell it to people living in Latin America, China and other Asian countries.

Finally, the LG KF300 phone is also in the works but at the moment we have no idea what it’s all about. As soon as we get more information about it, we’ll post it – have no doubt about it.

Panasonic is turning up the heat on the mobile TV market with their latest high-res mobile TV phone. The Panasonic...