Sure, we could wait until Q1 2009 to get our hands on the Sony Ericsson XPERIA X1 superphone. But, it turns out that would only happen if we chose to ignore the SE XPERIA X1 for a couple months after it launches.

You see, following reports that Sony Ericsson had delayed the launch of their HTC-sourced, Windows Mobile 6.1/6.5-running, WVGA-touchscreened superphone, SE has gone and set the record straight. The Sony Ericsson XPERIA X1 will indeed be launching in 2H 2008 – that is to say, it will be hitting the market later this year!

Sony Ericsson Corporate Vice President of the Global Communications Aldo Liguori, told the Unofficial Sony Ericsson Blog that “I can confirm that we will be launching the X1 product in 2nd Half of 2008, as per our announcement of 10th February.” We like the sound of that – even if it’s just a reconfirmation of a launch window we were already expecting anyway. 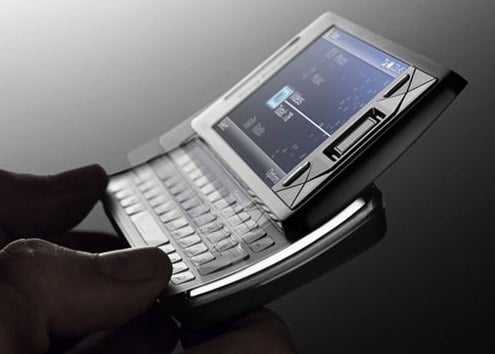 Still, half a year is still to long to wait to get our hands on this amazing piece of kit.

Sony Ericsson is known to sponsor women's tennis, and has recently named Maria Sharapova as its first global brand ambassador....