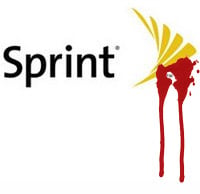 Sprint’s in trouble, and they know it. It’s not like anybody can ignore the kind of financial hardships that Sprint has been living recently, and the recent launch of Sprint’s “Simply Everything” plan is evidence that Sprint knows they have to take drastic measures. Now, with Sprint in a weakened condition and the crap-poor valuation of the US dollar, we’re hearing some rumblings of Sprint spinoffs and acquisitions.

The Kansas City Star cites Merill Lynch analysis as indicating that Sprint could be a prime target for a buyout. T-Mobile’s parent company, Deutsche Telekom, could see a Sprint acquisition as a good way to pre-empt an oncoming price-war. Sprint’s already undercut the competition in an effort to hold onto and acquire new customers, and Sprint could further undercut the industry on lower-tier wireless calling plans.

“In such a price war scenario, we think T-Mobile would face the most pressure, and Deutshe Telecom would see the increased urgency to drive market repair,” said Merill Lynch.

In other speculation, Sprint Nextel is said to be considering letting its Nextel network go. Seeking Alpha has apparently been hearing rumors about Sprint’s ramp-up toward a Nextel spin-off. The rumor indicates that Sprint has “hired Morgan Stanley and initiated director Ralph V. Whitworth’s plan to spin-off Nextel.” And, a spin-off announcement could be as little as 2-4 weeks away.

Sprint might do well to get rid of its Nextel network. They’ve had to endure a lot of grief and monetary loss in trying to integrate the iDEN network with Sprint’s CDMA-side, so a spin-off might be seen as a huge waste of an investment. On the other hand, Sprint Nextel’s combined market cap has taken a nose dive and could be a good justification for offloading Nextel.