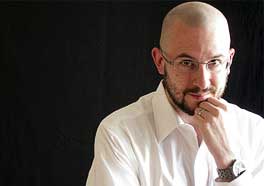 Adam Greenfield, author of Everyware: The Dawning Age of Ubiquitous Computing, will be moving to Helsinki in August and begin his new role as “Head of Design Direction with Nokia’s design staff, with a remit for the service and user interface domain.”

I’ve been reading Adam’s blog since Charlie Schick pointed me to this particular post a little over a week ago arguing that today’s social networks fail to grasp the entire gauntlet of human emotion associated with relationships and that’s why he uses none of them. The knock on XFN for making you declare whether your relationship to an individual is positive or negative is a valid point, but I would argue that with Chris Messina’s ideas of simply using XFN to identify people you know and then build services around that data you remove the complexity associated with having to declare your relation to another person.

“Imagine having to update your feelings about everyone you know in three axes, in anything approaching real time!”

How about imagining ubiquitous computing being smart enough to know that if Bob is no longer coming into the office he is not my coworker, but if we still hang out at the pub then we’re friends? How about one day in the future having bio sensors attached to my body that notice the increase in heart rate and moisture in my palms every time I see some one I fear or want to shag?

noBounds: Nokia’s full 1080p30 video over the USB or WiFi inside your mobile device technology

noBounds! - blast Smartphones display bounds! from Bernd Steinke on Vimeo. Little information is given about how noBounds actually works,...