If you’re feeling a tinge of deja vu all over again, it’s because this has all happened before. HTC, long known to be developing a handset running the Android open-source OS, has finally come out in the open and announced that their Android handset will be called the “Dream.”

Back in the early days of the Android OS announcements, along with the OHA announcements, we were hearing that Google was hard at work on a Google Phone (gPhone, as many have fondly referred to it) made by HTC. Then, with the announcement of Android, those gPhone rumors pretty much died. HTC was still reported to be manufacturing the a handset based on Google’s OS. The HTC Dream was said to actually be a handful of varied Android prototypes. 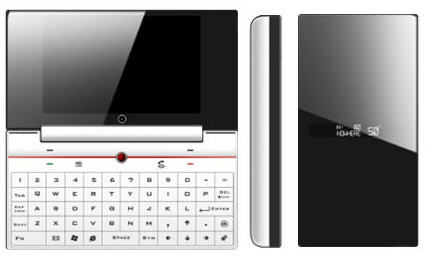 Now, HTC is back in the mix with the HTC Dream. The Windows Mobile-handset manufacturing giant is keeping details about the HTC Dream as closely guarded as possible. What we know is that the commercial version of the Dream will rock  a large touchscreen, full QWERTY keyboard (slide or swivel style), and will be geared towards easy internet navigation. The handset will reportedly be 3-inches wide by 5-inches long and is expected to hit the market near the end of 2008 – which is in line with widely held expectations for the first Android handset to launch by year’s end.

The HTC Omni could still materialize as the HTC Dream. The specs seem to line up nicely with the expected HTC Dream. And, it remains to be seen if HTC will indeed ship 1 million of these Android handsets in 2008.