Just how long can Motorola milk their RAZR brand? Well, they’re going on 4 years now – ever since the Motorola RAZR first revved-up the industry in 2004. We can’t blame them for trying to wring as much revenue out of the RAZR’s success, but the whole thing is starting to get a little tired at this point.

The FCC has revealed a new RAZR in the MOTORZR V3s. What’s new? Well, the “A” in “RAZR” has been axed in favor of an all-consonant setup – RZR. But, more interesting is the MOTORZR V3s spec-sheet that indicates CDMA support on the AWS 1700Mhz frequency band (you know, the same AWS spectrum that T-Mobile USA is using for their 3G network). With a 800/1700/1900Mhz CDMA radio in tow, the RZR V3s is Motorola’s first AWS-compatible handset. 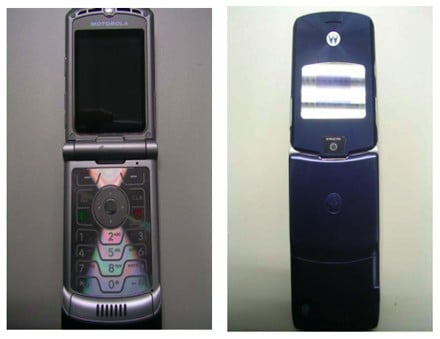 Nothing much else is innovative about the “new” RZR handset, so go about your business. Just know that Motorola is seemingly on-board with AWS.

Tapping away at a mobile phone's keypad can get to be a real bother - and in some cases, a...