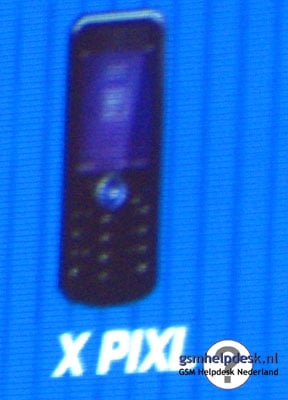 We already know that Motorola is slated to drop the MotoZINE ZN5-bomb on us at CTIA Las Vegas, and the wait is getting to be unbearable. The 5-megapixel cameraphone offering from Motorola is rumored to be sporting a Kodak CMOS sensor and could possibly be mated to some high-quality Schneider-Kreuznach optics – making this 5 megapixel shooter from Moto a contender in a space dominated by Nokia, Samsung, Sony Ericsson, and LG.

As CTIA Las Vegas bears down on us, more information on the Motorola MotoZINE ZN5 has been revealed. A Chinese web-forum as dug up a side-shot of the MotoZINE ZN5. From the spy-shot, it’s clear that the ZN5 will be cashing in on the sleek angles that Moto does so well. A dedicated camera button and bulging camera unit are visible. The camera-bulge could indicate that the ZN5’s optics package will give the industry’s top-dogs some serious competition.

Here’s a quick rundown on the Motorola MotoZINE ZN5’s spec-sheet:

There are also some rumblings pointing to the Moto ZN5 rocking a standard 3.5mm headphone jack, TV-out, and mpeg4 video playback. The Motorola ZN5 will be running the same CPU and OS as the Motorola ROKR E8 that’s due to show itself at CTIA Las Vegas. The Morph keypad that we saw on the E8 is also making another pass at the ZN5.

More on the ZN5 at CTIA.