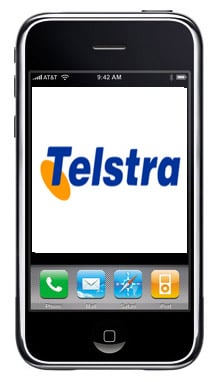 And the 3G iPhone rumors keep coming in.

The latest rumblings in the Apple community hint toward Australia getting the iPhone in June. According to MacTalk, Apple resellers down-unda have started to get word from Cupertino on how to handle the iPhone launch at the end of June.

A June launch of the iPhone in Australia coincides with widely held beliefs that the 3G (Infineon powered) iPhone will be launching in June or early July. We could see Australia even launching the 3G iPhone straight out of the gates, leap-frogging over the current, EDGE-only iPhone. All major wireless network in Australia already have 3G HSDPA networks in place, with the exception of Telstra’s EDGE network – making a 3G iPhone most likely for Australia. Unless Apple has already cemented deals with Telstra, it would make more sense to roll out the 3G iPhone on other networks.

The iPhone launch rumors for Australia are also timed quite coincidentally with the grand opening of the first Apple retail stores in Sydney and Melbourne.

We’ll keep our ears to the ground on this one folks. Hopefully, we’ll see the iPhone hit Australia in a couple months.
[Via: MacTalk]