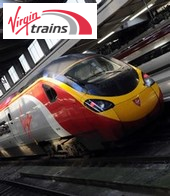 Virgin Trains is working with Vodafone to add retransmitters for 2G/3G to 52 of the trains on their fleet – boosting signal strengths for customers. The project, which is due to finish in November, has apparently seen a 60% increase in successfully completed calls.

At the same time the carrier is also urging business users to be careful in using the train as a simple extension of their office and discussing confidential matters – apparently 70% of those in 2000 person survey said they had discussed business in public carriages, 20% said they had talked about business-critical subjects, and 15% said they had mentioned confidential information.

However the most worrying stat of all was that 26% of people admitted to following up on business leads overheard in other people’s conversations!!

Hong Kong: Ericsson has been selected as sole supplier for mutimedia service network upgrades by SmarTone-Vodafone. Ericsson will supply a...