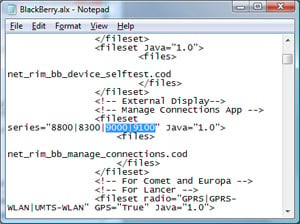 In other speculation. There are hints that the BlackBerry 9000 could be picked up by AT&T and/or T-Mobile USA.

More on the new 9000-series BlackBerry lineup as we hear about it. Stay tuned.