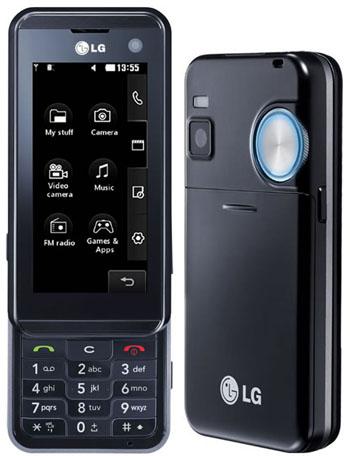 The LG KF700 was announced in February this year during the Mobile World Congress in Barcelona, Spain. Back then we had a chance to take it for a short ride and honestly liked the device, though crying for more features. Still, it’s a nice phone that will make many people more than happy.

The stylish slider boast such features as the 3-inch touchscreen, HSDPA, 3 megapixel camera, Bluetooth. LG is especially proud about KF700’s “three separate input methods” which consist of a touchscreen, alpha-numeric keypad and Shortcut Dial. The device is probably one of the best media consuming devices at the moment and also one of the prettiest phones at the same time. Put some mobile OS in it, and you got all my attention.

Anyway, the LF KF700 is hitting Europe as we speak. No word on carrier partners, nor which countries exactly.

UPDATE: O2 UK has already started selling the LG K700. The pricing starts from free and goes way up to 159 GBP. Here’s the link.

Alltel Touch updated to include EVDO Rev. A support

If you happen to own the HTC-made Alltel Touch, you'll be glad to know the new firmware for your device...