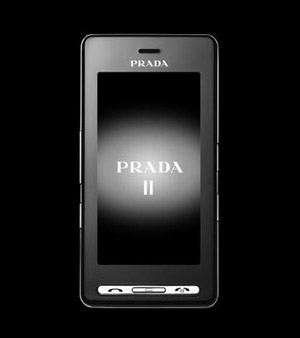 LG isn’t going to sit idly by as Apple continues to trounce its stylish LG Prada with the upcoming launch of the next-generation 3G iPhone. Having seen sales of the original LG Prada eaten up by the iPhone, LG has apparently gotten back into the mix with a successor to the LG Prada couture handset.

Now that’s a spec sheet that we can really get behind! With the 3G iPhone slated to launch ahead of the LG Prada II, it should be interesting to see how the new haute-handset from LG will fare.

Note: the pic is not the Prada II, just a render.

It looks like the price cut that O2 UK implemented on the 8GB iPhone variant in the UK boosted sales...