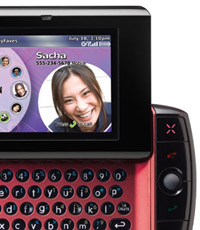 Following hot on the heels of the hotly anticipated Sidekick LX and Sidekick Slide launch on T-Mobile USA, new speculation points to the possibility that T-Mobile will be releasing two new Sidekick handsets this summer. References to Sidekick codenames “SK Gekko” and “Sidekick Aspen,” uncovered by TmoNews, lead us to believe that the “Gekko” Sidekick will go live on July 27 with the Sidekick “Aspen” launching on July 30.

It’s unlikely that T-Mobile will be releasing a radically revised Sidekick lineup so shortly after the launch of the new Sidekick duo, but anything is possible.