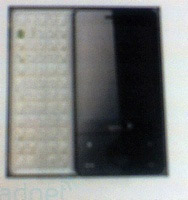 HTC is also expected to roll out an update to their HTC Touch Dual with the vertically-sliding keypad. Dubbed the HTC Touch Dual Pro (codename: Titanium), the keypad-toting Touch will sport the same specs as the HTC Touch Pro, but replace the sliding QWERTY keyboard with a 12- or 20-key keypad.

New rumblings from the Taipei Times points toward HTC actually announcing/launching the much expected devices (or at least one of new HTC Touch variants) at their press event on May 6. It’s not likely that we’ll see the HTC Touch Dual Pro (Titanium) make an appearance at this event. A financial executive at HTC, Cheng Hui-ming, was quoted as saying:

[HTC] expects revenues this year to grow more than 20 percent year-on-year, helped by sales of its new “Touch” phone next month. […] “This is the most important product for HTC this year,” Cheng said. “With this phone, we’re confident of landing orders from most major operators.”

That’s good news for fans of HTC’s Windows Mobile-powered handsets. But, Cheng points out that the “new Touch” hasn’t yet received certification (most likely of the FCC variety) and could cause launch delays. HTC has presumably already filed for FCC approval on their new HTC Touch Diamond and HTC Touch Pro, so it’s only a matter of time before the device hits market – whether the device will hit US shores on May 6th is still unclear.

The May 6th event is almost upon us, so we’ll know just what HTC has up its sleeves soon enough. Now, it would be really interesting if HTC pulled out all the stops and actually launched their Android-powered HTC Dream handset on May 6. One week and counting…

Keep reading for the full run-down of the HTC Touch Diamond and HTC Touch Pro spec-sheets.

We’re already saving up for an HTC Touch Pro ourselves!