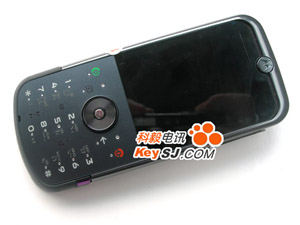 We’ve seen spy-shots and blurry in-the-wild photos of the 5 megapixel cameraphone from Motorola. The MotoZINE ZN5, as it’s called, is due to kick up the flagging company’s cameraphone offerings with a high-quality shooter to compete with the cameraphone elite from Nokia, Sony Ericsson, Samsung, and LG. So, to help quench your thirst for clear pictures of the Motorola ZN5, we present you with some crystal clear photos of Moto’s new Kodak-branded shooter.

Head on over to KeySJ for more pics of the Motorola ZN5 and its UI.

And the rumors keep flowing in. The latest rumor regarding the next-generation iPhone comes from iLounge and points to a...