RIM’s first attempt at a consumer-friendly clamshell is either going to get your juices going or it’s going to draw your ire. The design of the BlackBerry Kickstart is something of a love it or hate it offering from RIM’s Waterloo headquarters. And, from the looks of the Kickstart’s design inspirations – things like mountain climbing gear and sunglasses – it’s clear that RIM is looking to bring some urban-flavor to their new clamshell.

New details on the BlackBerry Kickstart reveal that RIM has packed a quad-band (850/900/1800/1900Mhz) GSM radio, 2 megapixel camera, WiFi, and a 3.5mm headphone jack into the device. The internal display is said to be a QVGA 240×320 jobby, while the external one display sports a 160×128 pixel resolution. The SureType keyboard is apparently a next-generation version of the double-letter keyboard, and BlackBerry OS 4.6 is running the show, so Kickstart customers can expect the freshness from Waterloo. 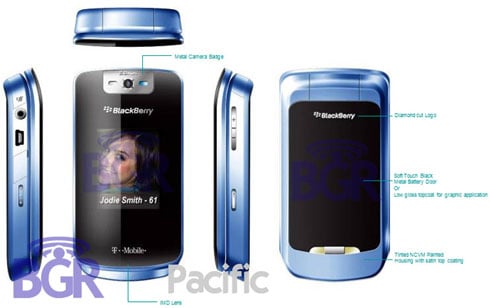 The BlackBerry Kickstart is expected to launch in a variety of anodized color offerings. The external display is apparently monochrome and should glow from around the bezel with soft colors. 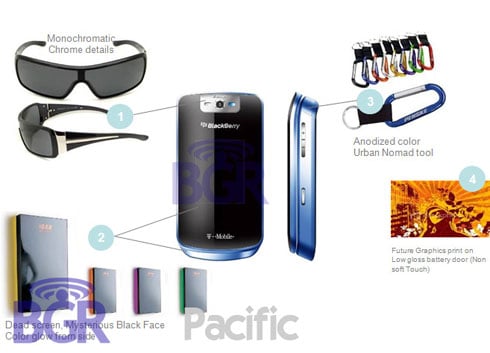 Fans of the BlackBerry Kickstart can look forward to a possible September launch on T-Mobile.

All hail the mighty Nokia N95 8GB! With it's high quality German optics and that huge 8GB of onboard storage,...