With rumors about T-Mobile’s new Sidekick Gekko/Aspen pointing to a summer release of the not-yet-announced Sidekick handsets, we’d imagine that some of you SK-fans out there are dying to know more. Well, here it is.

First up, we have the next best thing to actual pictures of the device in the wild – screenshots from a prototype device. According to HipTop3, the screenshots were taken from a “Sidekick Gekko/Aspen.” It’s not clear if the Sidekick Gekko and Sidekick Aspen codenames refer to two different devices, two variants of the same device, or a single device. What is clear, however, is that this screenshot, showing a rendering of an unreleased Sidekick, is from a prototype of the new Sidekick Gekko – or Aspen, whatever it’s going to be called. 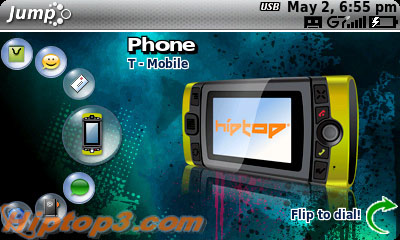 Stay tuned for the latest on T-Mobile’s new Sidekick offering.

Oops. Maybe it wasn't such a good idea to spread the word on how to get free AT&T WiFi HotSpot...