With the ouster of Lee Kun-hee as the company’s chariman last month, Samsung’s getting back in to the swing of things. Samsung announced today that its CEO Yun Jong Yong has stepped down from the top position at South Korea’s largest company. To fill the newly vacant position, Samsung has named a new CEO to lead the company during its transition period. Lee Yoon-woo, who was most recently posted as Chief Technology Officer at Samsung, will be taking the reigns at Samsung after working for the company for 31 years.

The new CEO is seen by some as a “bench-warmer” for former chairman Lee’s son, Lee Jae Yong. At just 39 years old, the former chairman’s son has been groomed to take the lead at Samsung. But, following the tax-scandal that led to his father’s resignation, Lee Jae Yong’s rise to the top could be delayed to let his father’s shady activities get rung out through the news cycle. 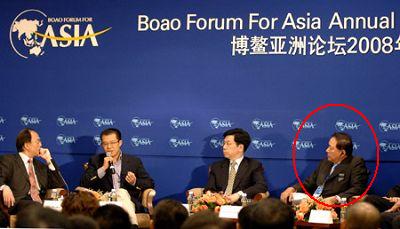 “Samsung is in for a longer-term leadership change,” says Kim Sun Woon, head of the Center for Good Corporate Governance. “Lee Yoon Woo could be a seat warmer for Chairman Lee’s son, but my personal hope is that he will help lay some groundwork for a more sustainable management system to make the company independent from other group companies.”Regardless, Samsung will continue doing business as usual and is expected to continue to excel in its TV, LCD display, and handset manufacturing endeavors.

Just yesterday SK Telecom made an official announcement claiming that rumors regarding a possible merger between Virgin Mobile USA and...