The iPhone’s design is easily recognizable around the world. There’s no denying Apple’s ability to churn out eye-pleasing creations that have tech-heads drooling for more clean lines and minimalist style. But, that doesn’t mean we can’t have Apple-like design and those high-end features that those Asians are so damn good at packing into a handset – all in an eye-catching package.

The Samsung SGH-i900 brings together the best of both worlds, and it does it in style. With a full-body, 3.5-inch (240×400) touchscreen and Windows Mobile 6.1 Professional, the Samsung i900 gives Windows Mobile fans a chance to one-up iPhone owners. And, with a feature-set that includes HSDPA, WiFi, FM radio, 5 megapixel camera, TV-out, 16GB of onboard storage, microSDHC card slot, and Bluetooth 2.2 with A2DP – all packed into a 112×56×13mm package, the Samsung i900 easily outpaces the current iPhone’s meager offerings. And, there’s some sort of fingerprint-scanner/touch-sensitive navigation pad at the bottom of the display. Touch-sensitive navigation pads have proven more gimmicky than useful, but we’ll hold off judgment until we get a change to put hands on this device. 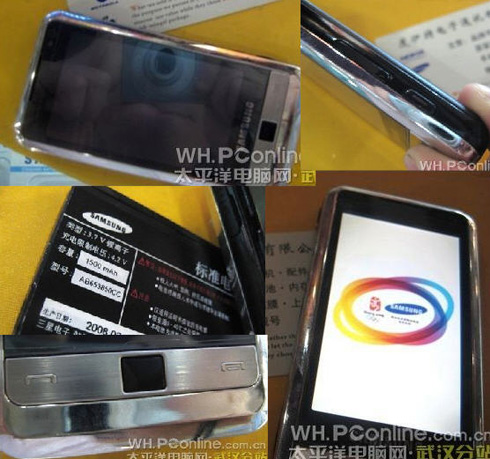 That said, the shiny, metallic-finished Samsung i900 should drop in two variants – one branded with Samsung and the other sporting Anycall-branding. 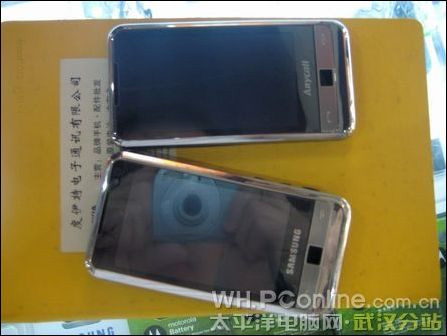 Hit the link for more pics…

There's just something about superstar recording artists/songwriters that make them attractive first-run candidates to get their hands on unreleased mobile...