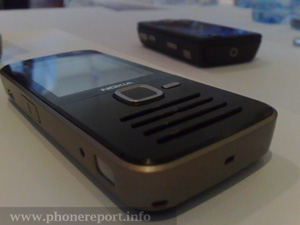 There’s nothing like a little pre-release hands-on time with Espoo’s finest to start the week. We’re a little jealous happy that the folks over at PhoneReport were able to score themselves a Nokia N78 and Nokia N96, and were good enough to post up pictures and observations on the upcoming N-series flagships from Nokia.

While the new N-series handsets boasts some 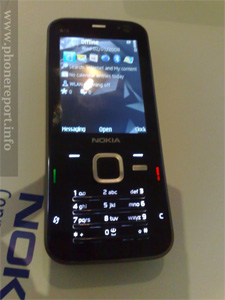 incredibly sleek lines and seriously sexy glossy-black finishes, the hidden keypad and its thin, bar-shaped keys are a couple points of contention for those looking to upgrade to the new-fangled Nokia N78 and Nokia N96. The keypad numbers are hidden underneath a semi-reflective, glossy-black finish, giving the entire device a clean and elegant look. With the numeric keypad all lit up, the N-series handsets look even better.

But, the question is, are the new keypads usable? PhoneReport reports that the numeric keypad on the Nokia N78 is indeed different and takes some getting used to. But, rest assured that the keys can be differentiated and typing on them is as good (if not better) than previous keypads.

We’ll wait to get our hands on a Nokia N78 or Nokia N96 before we give it up to the new bar-shaped keys and hidden numbers. But, from my brief time with the handsets at MWC 2008, I can say that the keys are definitely usable – comfort during extended messaging sessions is another matter altogether. And, it remains to be seen just how well the keys will light up under direct sunlight.

Furthermore, the Nokia N78 gets high marks for the Symbian OS9.3 with S60 v3.2 Feature Pack 2 under the hood. The new OS brings some sleeker menu transitions and animations that makes a good case for the upcoming S60 Touch OS’s “snazz” appeal. The Nokia N96’s OS was still buggy, and so wasn’t tested to its full extent.

Hit up PhoneReport for the full barrage of photos and handset opinions.