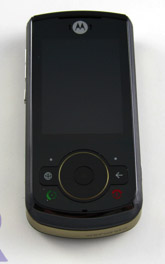 But, these newest in-the-wild pics of a similarly equipped 5-megapixel cameraphone from Motorola has us scratching our heads. Boy Genius got his hands on this high-quality cameraphone toting a Kodak-branded camera, but it’s apparently a slider, not the candybar that we’ve been expecting. Does Motorola have another multi-megapixel monster planned for fans of the slider form-factor? Another MotoZINE or PERLX? 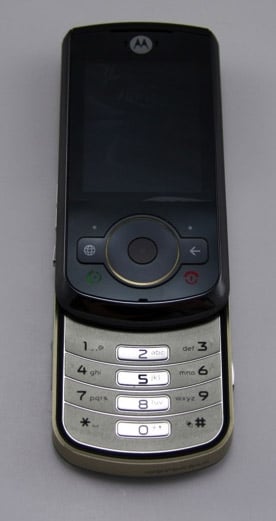 We’re not sure what this thing is, but given its feature-set, we’re not all that excited to see this handset hit market. Much like the MotoZINE ZN5’s lack of 3G data connectivity, this new 5 megapixel Kodak cameraphone will be limited to WiFi and EDGE for all its data needs. Even worse, there’s no auto-focus on that badass shooter.

Motorola would have done well to get their MOTOMAGX Linux platform to play nice with 3G data speeds and chipsets, but it seems that the ailing company couldn’t be bothered to put their all in to a device that could help boost the company’s bottom line.

No autofocus on what could have been an incredible 5-megapixel cameraphone. No 3G on a device that’s supposed to compete with the latest and greatest from the world’s top handset manufacturers. Fairly bland exterior styling.

Could Motorola have dropped the ball any lower? Well, there’s still time for Moto to fix their Kodak cameraphones before they launch…

The sleeker and arguably better looking successor to the Nokia N95 has been eagerly awaited since it was officially announced...