The sleeker and arguably better looking successor to the Nokia N95 has been eagerly awaited since it was officially announced at Mobile World Congress in Barcelona earlier this year. With WiFi, DVB-H mobile TV, GPS, and 5 megapixel camera with dual-LED flash under the hood, the Nokia N96 and it’s glossy black finish is almost guaranteed to be a hit for Espoo.

And, with anecdotal evidence assuring us that the new backlit keypad and bar-shaped keys will be just as easy (possibly easier) as the Nokia N95’s keyad, there’s really nothing standing in the way of the Nokia N96’s success. 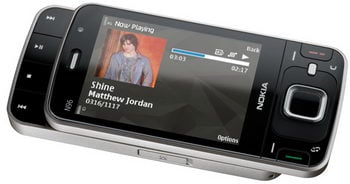 That being said, online retailer Play.com has listed a Nokia N96 for pre-order. Awesome, right? Well, only if you can muster the $1,200 asking price. Keep in mind that Nokia’s estimated retail price on the handset is just (relatively speaking, of course) $800.

The launch-date diviners at Play.com are expecting Nokia to go live with the Nokia N96 on July 31. We have no reason to believe or doubt this seemingly arbitrary launch date, so we’ll run with it until we hear otherwise.

While many await the US launch of a handful of smartphones from the likes of HTC, Sony Ericsson, Apple, and...