Last year, around the time the iPhone was originally announced, iPhone mockups and allegedly leaked images flooded the web.

This year, things are different. Apple’s WWDC 2008 is so close we can almost taste the geeked-out sweat from the throngs of Apple fans and haters itching to get their first peek at Apple’s next-generation iPhone. And, you know what that means. 3G iPhone rumors are really getting out of hand.

That is, if these pics are legit. 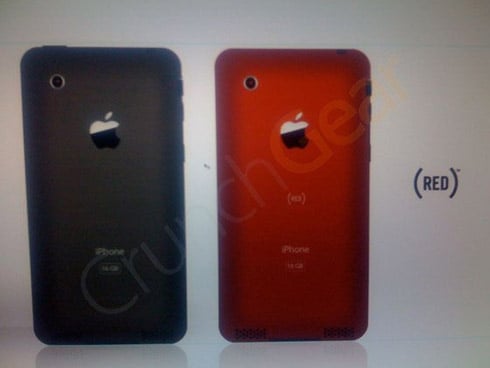 We’re seeing the iPhone 3G sporting the tapered-edge design that’s been widely expected for a good while now. There’s also a pleasantly surprising front-facing video call camera, and pictures showing a 3G video call in progress. Now, is all that and the new “RED” color option on the real?

Well, a few blogs have picked up on these “leaked” images that were forwarded to TechCrunch. Some are holding these pics as truth, while others are calling foul. If TechCrunch‘s “tipster” is on point, we’re not only going to see some serious specs on the next-generation iPhone, but we’ll be getting some iChat video support for Windows XP. That’s right, Windows XP. 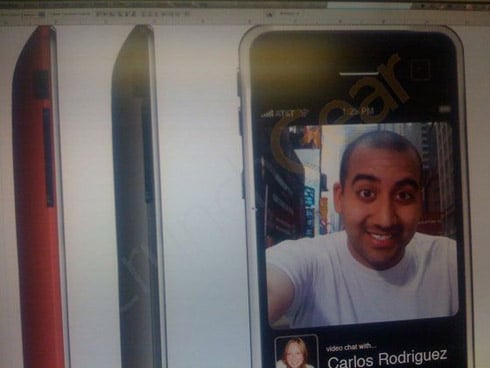 On the flip-side, others are calling these “leaked” pics a bunch of hooey. The images are said to be the Photoshop-work of some talented designer. The “real” iPhone 3G reportedly lacks any sort of front-facing camera – that extra “optical sensor” apparently won’t be taking any video or pictures.

So, who’s right and who’s wrong? We have no idea, but these pics sure are pretty to look at, aren’t they? Keep in mind that last year we saw iPhone mockups left and right, but none were of this caliber. Did Apple drop the ball the second time around? Or is this the same old story, happening all over again?

Suffice it to say that, just days before the official 3G iPhone announcement, we still know little more than we did months ago.

With the highly-anticipate and quite polarizing Apple iPhone on the verge of making its second-generation debut next week, a new...