Tuesday, June 17th, will be an interesting day for Sony Ericsson. Two of the phones the Swedish-Japanese company will announce have been leaked — mobile gaming focused – F305 and quick shooter – S302.

Touted as the company’s first motion gaming enabled phone (even though the W910i and K850i also have built-in accelerometers), the F305 is the quad-band GSM + EDGE handset. It has dedicated gaming buttons around its 2-inch 176×220 screen, and loud stereo speakers on the back to make the gaming experience more enjoyable. There’s also Bluetooth support, 2 megapixel camera, Memory Stick Micro (M2) slot, FM radio, music player with TrackID support. Three games come pre-loaded with the device – Bowling, Bass fishing, and Jockey. The Sony Ericsson F305 is a low-to-mid range device, measuring 96x47x14.6 mm and weighing 97.5 grams. It will be available in “select markets” in Q3 2008, in “Polar White” and “Mystic Black.”

On the other hand, the quad-band GSM+EDGE Sony Ericsson S302 will be sold as an affordable camera phone. It has the same screen as the F305, and also comes with Bluetooth support, FM Radio, 2 megapixel camera and memory card slot. The S302 is the first device in the new Sony Ericsson’s series – Snapshot. It measures 101x46x11, weighs 79 grams and will be available in “Thunder Grey” and “Crystal Blue” in Q4 this year.

Check out more images after the jump. 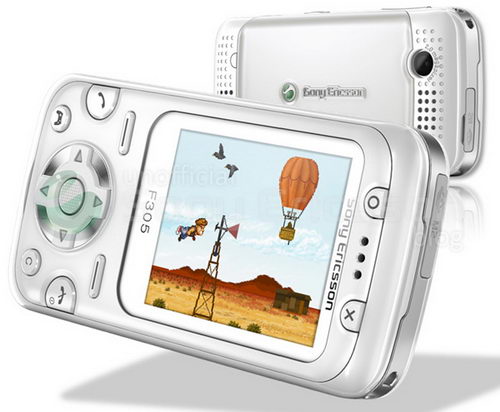 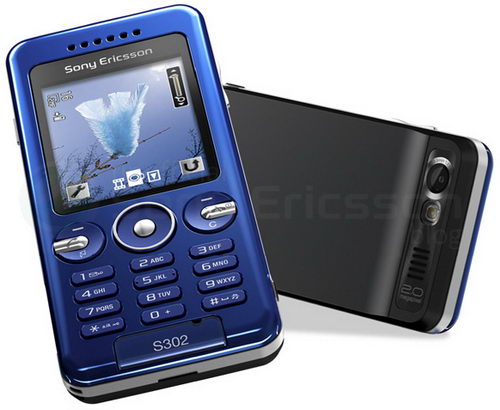