Random tips from those allegedly privy to AT&T meetings are the sort of rumors that we thrive on. So, imagine our excitement when we heard that some handset manufacturer representatives at a recent AT&T store managers’ meeting started showing off their latest wares. Most interesting is the mention of a Samsung SGH-i780 destined for AT&T. Of course, we’d most likely be seeing AT&T launching the Samsung i788 with the requisite frequency support for the US, but we’re not here to split hairs.

The rep mentioned that the Samsung i788 was not yet released, which could be interpreted as “in the pipeline.” 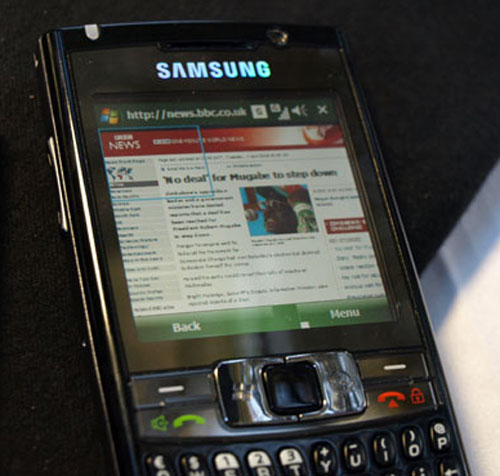 Look for the AT&T-branded Samsung i788 to drop around the same time as the BlackBerry Bold and Apple iPhone 3G.

Word on the street is that Apple has finally inked a deal that would allow them to break in to...