The fashion-oriented Nokia 7610 Supernova and it’s swappable covers seem to hide a little stylized detail under its battery cover. The quad-band (850/900/1800/1900Mhz) GSM handset has a bit of “flair” hidden under the battery cover – specifically a star-covered sticker. 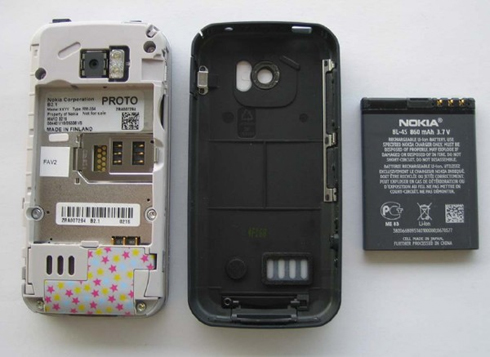 We’re not sure what that sticker is doing under the hood, but hey, if rarely-seen details like this float your boat, and you don’t mind hobbling along at 2.5G data speeds (EDGE), then the Nokia 7610 Supernova, packed with a 3.2 megapixel camera with LED flash, FM radio with RDS, microSD card slot, and 64MB of internal storage, and swappable XpressOn cover-plates, is right down your alley.

Conversations with numerous Apple store employees and AT&T store staff, in addition to reports of considerable iPhone 3G interest from...