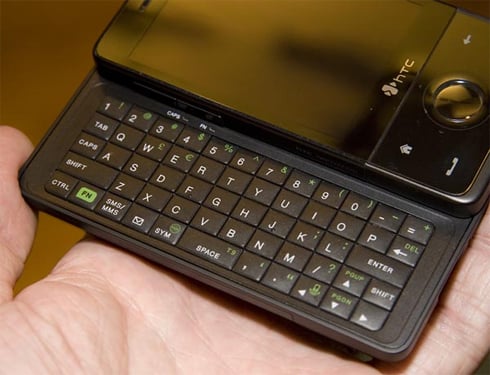 The hype building around the QWERTY keyboard-toting Windows Mobile 6.1 superphones from HTC and Sony Ericsson has finally come to this – a keyboard review. Sure, it might seem that a review of just the keyboard falls seriously short of giving potential customers an idea for just how great the HTC Touch Pro (codename: Raphael) really is, but when push comes to shove, the HTC Touch Pro and Sony Ericsson XPERIA X1 are touting their keyboard as a major feature. 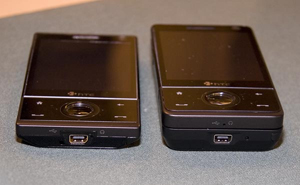 MobileBurn has been lucky enough to get their hands on an early version of the HTC Touch Pro and they’ve proclaimed the keyboard on the HTC Touch Pro as superior to the Sony Ericsson XPERIA X1’s QWERTY bits. With smaller buttons than HTC’s previous keyboard keys, the HTC Touch Pro’s keyboard is at once extremely usable and quite innocuous. With the keyboard tucked away under the full-body touchscreen, MobileBurn says that it’s virtually impossible (aside from the added heft) to tell that the handset sports a full QWERTY keyboard.

Unfortunately, HTC didn’t want their TouchFLO 3D interface getting toyed with just yet. Apparently, there are some new features that HTC wants to keep under wraps for now. That means MobileBurn‘s review is limited to just keyboard and design analysis. But, for anyone looking to plunk down some serious coin for either the HTC Touch Pro or the Sony Ericsson XPERIA X1, any sort of review is gold.

Explore your locale with Travel Channel GO for iPhone

There's nothing worse than being stuck at home asking that dreaded question of your significant other - "What should we...