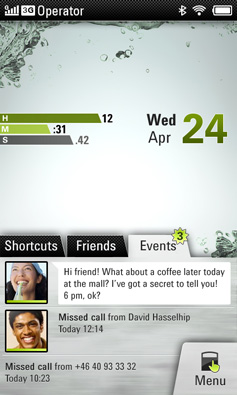 The Astonishing Tribe (TAT) is a Swedish company that makes something called Kastor which is, to quote their website, “a powerful UI rendering platform.” It’s something that users can’t go willy nilly and install on their own, but instead software that should enable the next generation of products to produce a whole lot of wow. One of their public relations people, Anna Lagerkvist, contacted me and let me know that TAT’s technology is being used by Sony Ericsson, Samsung, Motorola, that they’re designing the UI for Google’s Android and that as of today their work will also be in future S60 releases.

TAT has a whole bunch of talented people, just look at some of these videos to get an idea of what they’re capable of.

A few questions arise however, since S60 is going to be donated to the Symbian Foundation … isn’t this going to put TAT’s software under the EPL?

Roughly two weeks ago we wrote about NeuTouch, the multi touch engine for the Nokia N95. The same guy who...