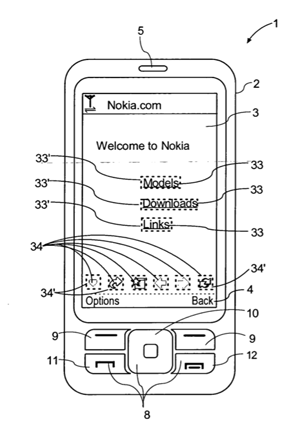 So in an effort to bring the touchscreen game to a higher level, Nokia announced some time ago that they are working on making localized haptic feedback a reality. Rather than vibrating the entire device to indicate a particular touchscreen input, like we see in all other handsets touting “vibration feedback,” localized haptics aims to give the user precise tactile feedback concentrated in the input-region. Basically, localized haptics’ goal is to emulate the feel of a button-press under a fingertip. That’s where Nokia’s Haptikos technology comes in to play.

To that end, Nokia’s Haptikos project was unveiled last year, and promised to make virtual buttons feel real. But, we have been left in want of more details – until now. 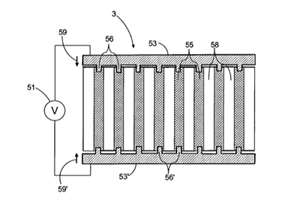 A new patent application from Nokia outlines just how this localized haptic feedback system would work. Haptikos will apparently employ numerous voltage-sensitive elements within a film that raise and lower in response to electrical current.

The patent application text describes the technology as a “plurality of closely spaced voltage controllable protuberances.”

These protuberances, or “rods,” could be embedded in a transparent film and placed atop the touchscreen panel or integrated in to the panel itself. Much like Apple’s patent for “embedded bumps” that raise and lower in response to voltage potentials, Nokia is looking to affect the feel of pressing a mechanical button on the touchscreen itself.

The finger would affect a voltage change across the Haptikos membrane, triggering the embedded “rods” to raise up, giving the user the “feel” of a real button. As the finger is lifted, the electrical potential under the finger returns to normal and causes the “rods” to once again become flush with the surface – emulating the feel of “releasing” a mechanical button.

We’re in for some truly exciting times with emerging touchscreen technology. As I’ve said before, the age of physical keys, and especially keyboards, is drawing to a close. Touchscreens are here to stay and will be the medium of choice for almost all mobile applications.

Bring on the haptic feedback!