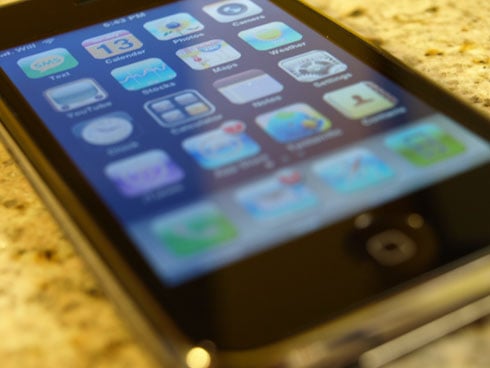 With a few days of enthusiastic testing (read: playing with my new toy) under my belt, I’ve had enough time to explore the new iPhone 3G and Apple’s push-data service, MobileMe, and put them through their respective paces. So, what do I think?

The iPhone 3G is a fantastic piece of kit, which probably isn’t all that unexpected. Whereas the original iPhone affected a user experience that was greater than the sum of its parts (EDGE data, huge multi-touch display, Safari web browser, iPod integration, etc.), the iPhone 3G takes the user experience to the next level. With a faster data connection (3G – HSDPA where available) and integrated GPS hardware nestled in between the iPhone 3G’s other communications hardware, the iPhone 3G essentially amounts to what the first-generation iPhone should have been.

From the first day of use, the iPhone 3G feels slimmer, faster, and really improves upon the original iPhone’s usability. No more drawn out waits for webpages to load. Google Maps isn’t just lickity-split quick, it also tracks your position in real-time with several-meter accuracy. The AppStore is amazing – incredible integration combined with massive developer support has resulted in a ridiculous number of iPhone applications that’s sure to keep me busy for the next couple weeks.

iPhone 3G look and feel
As far as the iPhone 3G feeling slimmer, it’s really just a clever trick. The iPhone 3G is, in fact, thicker than the original hardware. But, thanks to a more tapered edge-design (since your hand and fingers really only grab the edges of the handset), the new iPhone 3G feels incredibly slim and svelte. You really have to hold an iPhone 3G in your hand to understand the impact that those tapered edges have on the handset’s perceived size. The handset even feels more solidly built than the first (but that could just be due to my subjective bias). 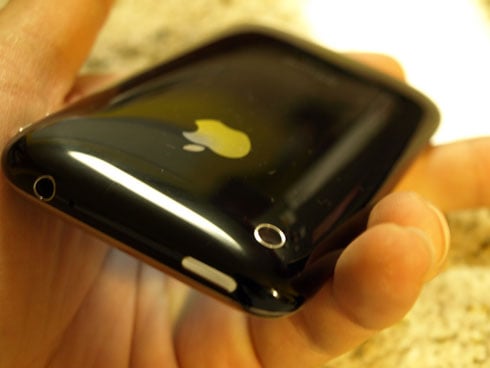 The glossy-black and glossy-white finishes on the iPhone 3G’s back-side are just sexy. The iPhone 3G has curves in just the right places and the little details, like steel-lined accents on the headphone jack and camera lens, really highlight Apple’s attention to design. And, don’t forget those metallic button and toggle switches – again, it’s the little things that make the iPhone 3G shine. 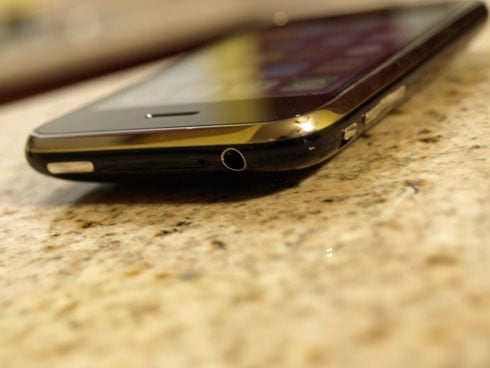 The home-button has been revised with a shallower depression and smaller radius. While both aspects of the home-button’s new design might seem trifling, the changes add up to an improved user experience. 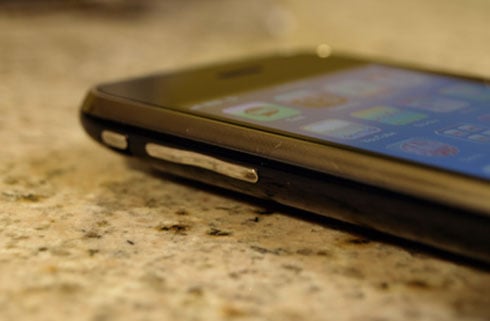 iPhone 3G performance
The iPhone 3G boasts a 3G radio capable of humming along its partner-carriers’ data networks at cruising speeds of ~600Kbps (on the downlink). I’ve even recorded downstream data speeds in excess of 1Mbps on AT&T’s network – which is really fast for just about anyone in the US (at least as far as real-world speeds are concerned). 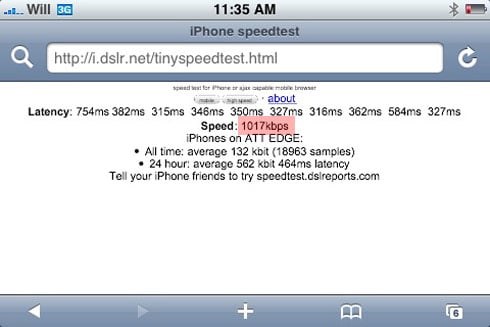 The GPS radio locks-on to a satellite signal and serves up cellular network-assisted location data faster than you can type in your Google Maps search query. And, the GPS feature is as accurate as any casual user will need. As far as turn-by-turn, voice-prompted directions, the iPhone 3G doesn’t offer this feature, but I’m crossing my fingers for a third-party solution in the near future.

The battery time is on par with the previous-generation iPhone. Moderately heavy usage (which means I pulled out my iPhone 3G at every opportunity throughout the day) proved that battery life has been improved over the original iPhone. The same usage pattern with 3G data enabled proved that heavy data users are going to want to charge their iPhone daily – lest they wake up to a completely dead handset. Light to moderate users will find their iPhone 3G going for 1.5 to 2 days before needing a recharge – and that’s with 3G data enabled. Suffice it to say, the iPhone 3G battery (which is likely user replaceable with a minimum of elbow-grease) last just as long as the iPhone.

iPhone 3G and AppStore
The Apple AppStore is the true gem of Apple’s summer-blockbuster iPhone 3G launch. There are dizzying numbers and assortments of applications that offer the user all manner of options to help increase productivity, stay in touch with friends, and pass the time. If you’ve a need for a specific iPhone application, chances are you can already find a solution in the AppStore. 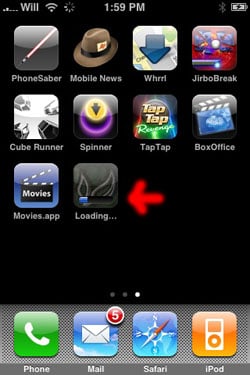 Installing an application is as easy as selecting the app of choice and hitting the “Free” or “Buy” button, and then the “Install” button. Application icons are automatically added to the homescreen, where they are downloaded and installed.

Unfortunately, the iPhone-based AppStore doesn’t allow any purchases to be made with gift-cards or Apple store-credit. But, with most applications ringing-up for under $10, this particular AppStore bungle is more an inconvenience than a deal-killer. The iTunes-based, desktop version of the AppStore happily dings your iTunes store credit for any application purchases – so, if you have a good deal of iTunes credit, use your computer’s iTunes-based AppStore to buy applications.

First, the good. Emails get pushed to my iPhone 3G nearly instantly. I can’t attest for MobileMe’s reliability under extreme server-loads, but push emails work like a charm – as long as there’s less than frenzied-demand on Apple’s MobileMe servers.

Now, the bad. With the deluge of new iPhone 3G and MobileMe users hitting Apple’s push-servers hard and heavy, MobileMe has proven to be an initial let-down. Only a few hours ago did my MobileMe emails start pushing to my iPhone 3G. That means I’ve been frustrated with MobileMe for a couple days now – not a good first impression. My Contacts and Calendar data literally started pushing a moment ago, and all my Bookmarks and Keychains are finally sync’ed up.

While changes to my MacBook Pro’s Apple Mail client are almost immediately reflected on my iPhone 3G (and vice versa), changes to Contacts or Calendar events on my Mac computer do not push immediately to the cloud. Only a forced synchronization will push my changes to the cloud and then down to my iPhone 3G. A true push data service would have all data pushed to the cloud. But, it seems that MobileMe’s push services are more focused on email. Only changes to email data on my iPhone or Mac computer are instantly pushed – changes to any other data require a forced synchronization Whether or not this is an inherent flaw or an initial glitch is not yet clear. What is clear, however, is that there are going to be a lot of iPhone users thumbing their nose at push-emailing BlackBerry users. 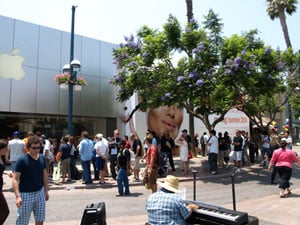 So, if you braved the multiple-hour lines at various Apple around the globe or AT&T stores in the US, you’ll likely already know that the iPhone 3G is amazing. The iPhone 3G’s user experience, complemented with faster data connectivity and GPS integration, is even more satisfying than with the original iPhone. It’s indisputable that the iPhone 3G is handset that Apple should have launched a year ago, and it apparent that Apple learned enough from their original iPhone to make this latest iteration what it is today. The iPhone 3G proves that Apple is a mobile handset manufacturer to be reckoned with.

As far as MobileMe. The jury is still out. Push email is great, but MobileMe’s full suite of push data services leaves much to be desired. Here’s to hoping Apple gets it right in the next few months.

For those of you that followed IntoMobile's live streaming coverage of the iPhone 3G launch event from beautiful Santa Monica,...