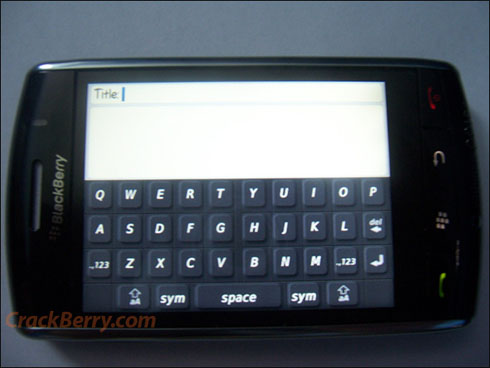 Can’t stand the veritable flood of iPhone 3G news? Well, worry not, BlackBerry fanatics. RIM’s touchscreen answer to the iPhone 3G is on its way to a smartphone market near you. And, to make sure the world isn’t so caught up in iPhone hype that they forget about the rest of the smartphone industry’s touchscreen offerings, it seems that RIM has let a few pictures of their highly anticipated BlackBerry Thunder handset.

What you see here are real-deal, live pics of the BlackBerry Thunder and its rumored buggy UI hanging out with its big ‘ole touchscreen for all the world to see. The pics looks real enough, so we’ll stop short of calling this a rumor outright. 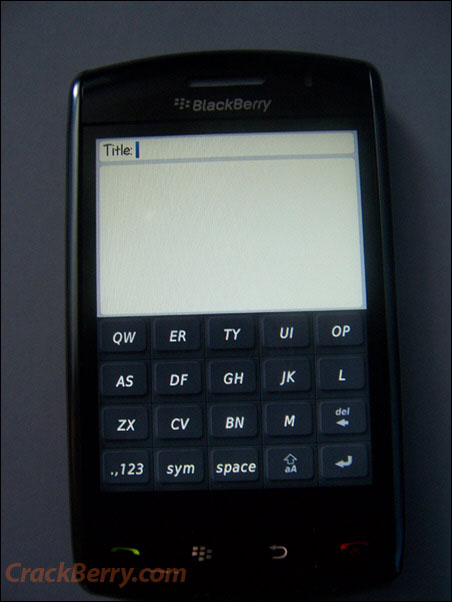 The display features both vibration feedback and an audible “click” to announce that a virtual-key has been pressed. There’s apparently a glass-overlay, a la the iPhone, that is said to allow multi-touch interaction. And, would you look at the size of that screen? It’s almost as wide as it is tall – and it’s not short by any measure. Bring on the touchscreen revolution, with gigantic multi-touch displays in tow!

With a few days of enthusiastic testing (read: playing with my new toy) under my belt, I've had enough time...